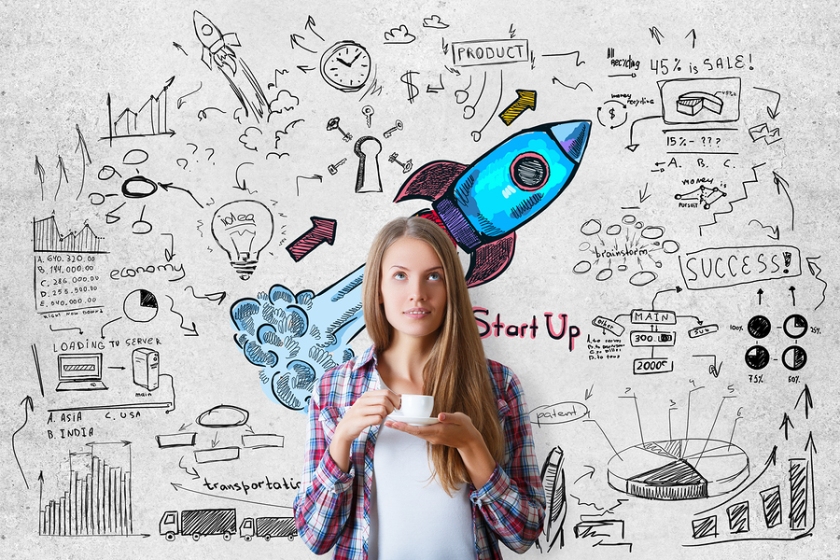 I keep hearing people saying “I should invent something new and make a big business”. Everybody thinks of this at least once in their life. So did I. Then I started to realize that it doesn’t work this way. Sitting in a room and thinking for hours to invent the big business doesn’t work. However a few weeks ago I read an article that said the best ideas come in the shower. Then you have to think about the “big idea” in the shower, not in a room, right? No. I think the shower will not work either.

Mark Zuckerberg, Steve Jobs, Elon Musk. Just to mention a few of the big guys from the tech world who we admire and want to be as successful as they are. They are source of inspirations and they are our ideals. But why just these guys could make the big thing? #1 Because they have extraordinary talent, that others don’t have. #2 Because they can work (and love working) fucking hard as nobody else can. #3 Timing — they were at the right place at the right time.

You can say that #3 is a kind of a luck. I think it’s only partly true, because if you have the talent then you can even control being at the right place at the right time in a certain extent. But even if you say that #3 is pure luck, then what can you achieve without #1 and #2? Nothing.

There’s nothing wrong with having ideals like these guys. They inspire us a lot every day which makes us work harder. But chasing a dream of making a billion dollar business that they have achieved might not be a good idea. Because, let’s be honest, when we talk about inventing something new and making a business we usually think of a “big” business, a million or billion dollar business. The chance we can make it is very low. I would say winning a big amount of money on the lottery has a bigger chance.

Thanks to the media entrepreneurship and startups got associated with big money. Very big money. But entrepreneurship is not just about making million and billion of dollars. I think if you could make a 5-6 figure (USD) income a year as an entrepreneur while you do what you love to do, you would be very happy, right? And achieving this income has a much bigger chance than making millions or even billions of dollars. It’s true that with the 5–6 figure income you will not be able to buy a yacht or a private jet, as some of the big entrepreneurs do, but I think you can still live a very happy life.

Do not try to invent something new

I’m sure it already happened to you that you had an awesome business idea and thought that you had just invented something new. Then you searched the net and it immediately turned out that it was not a new idea at all. It happened to me many times. Inventing something new in the tech world these days is pretty difficult. I’m not saying it’s not possible, but the chance is very low. Entrepreneurship doesn’t necessarily have to be about new invention or a product that didn’t exist before. Instead of spending the time with trying to invent something new rather try a different approach.

Look around what software products, you, your friends and your co-workers use. Try to pick one that you think is not perfect but you couldn’t find a better one. If you selected this product, design and create a better one, that customers will love more. When I’m talking about software product it can be anything: a web app, a web service, a mobile app, a desktop app or even a javascript library.

Another important consideration is the effort you have to put in to create the product. In other words, don’t try to develop a better social network than Facebook. Think small. Select a product that you can develop in max 1 year, even in part time beside your current job.

Don’t get me wrong, I absolutely understand if somebody has the enthusiasm to build a million dollar business. I just wanted to share my thoughts on another way of doing the business. These “one man show” small businesses (when you fund your business yourself) don’t get that much visibility as the big ones but it’s good know that this path also exists. I chose this path with my project Bookmark Ninja. If you think small, you will make less money (but enough money to be happy) but there is a bigger chance you will succeed.